14 years a Hoosier. A Reflection.

Last month, I had the shocking realization that I have lived in Indiana now for 14 years.  14 years!  14 YEARS!!  That's almost half of my life.  I'm 32.  I decided I had to blog about this moment in time; however, it took me all of April to gather my thoughts because my opinions on this fact are both positive and negative.  I think I'm in the right frame of mind to write about it now, so here I am on a chilly Saturday afternoon in May in Indianapolis, listening to Alt Nation on Sirius XM with my Penn & Beech candle burning reflecting on the past 14 years.  How did I get here?  Do I like it here?  Well, let's start from the beginning, shall we?

Life doesn't always go as planned.  Correction:  Life NEVER goes as planned.  Was it always the plan that I move from California to Indiana?  Hell no.  In fact, the majority of my "life plan" centered around me forever being in my home state.  My entire family was in California.  Friends I grew up with were in California.  Why would I ever need to leave the comfort of my SoCal bubble?  I wasn't sure where my life would head, but I was sure that it would all happen on the best coast.

My "plan" started to fall apart when I was 15.  After 23 years of marriage, my parents divorced and it wasn't a pretty or short one.  Over the next few years, fights broke out, tears were shed and belongings had to be sold and split, including the home I grew up in.  I was finishing high school, had received my acceptance letter to UC Santa Cruz and was planning out my life when my mom and I flew to Indiana with my uncle because he was planning to move to the land of affordable housing and my mom was curious about this Midwestern state her brother wanted to live in.  This is when my "plan" changed again because, after this visit, my mom fell in love with Indiana, its cheap homes and unnaturally green grass.  The "plan" was that we'd move to Indiana for four years so I could attend college and then we'd move back to California.  While this wasn't exactly what I had in mind for college, I was 18 and enthusiastic about living in a new place and meeting new people.  I was a good student and had always attended summer school, so I was able to graduate from high school a semester early and in April of 2006, we left California and drove to Indiana.

It's quite common and natural that when you move to a new state, you quickly learn to adapt and become accustomed to new surroundings, people, food, attitudes and the like.  However, no one really prepares you for the culture shock you experience moving from the progressive and bustling West Coast to the quiet and slower Midwest like I did.  I felt like I had moved to a different country.  Sure, I wasn't able to see the mountains everyday and I didn't have to deal with  the rush hour traffic I was so used to, but it was more than that.  I had to learn a new language and the strange words the people here use like sweeping instead of vacuuming or putting something in a sack versus a bag.  I had to learn to slow down and not feel rushed in the checkout line at the grocery store when the cashier wanted to comment on every item I was purchasing.  I had to learn that people out here wave and smile at their neighbors and not become paranoid wondering why in the hell that strange person was waving at me.  I don't know you!  And, by the way, why the hell isn't there a fence separating our properties?  I had to learn that a lot of people in the Midwest have more passive and passive-aggressive personalities compared to the overly aggressive and opinionated persons I had been so used to conversing with.  I had to learn that when you say you're from California, people think it's palm trees and the beach on the left and Hollywood Boulevard on the right.  No, I didn't grow up in Laguna Beach or see movie stars walking around everywhere and if I did, I kept it 'LA Cool.'  I had to learn that meat and potatoes is a common food staple and you have to try really hard to find a good Chinese Chicken Salad in town (which I still haven't found, but the Cheesecake Factory's version satisfies).  I had to learn that Indiana drivers don't have methodical or, honestly, logical, ways of operating a motor vehicle and the patterns I was so used to seeing and predicting on the streets and freeways of Southern California flew out the window along with my last smog check.  I still have trouble accepting the fact that people will stop their cars in the middle of the road if they're pulled over by a policeman.  True story, I was scolded by an officer pulling me over because I pulled into a McDonald's parking lot and didn't stop on the street the moment he turned his lights on.  Illogical!

I could go on and on with my initial and continued culture shock experiences, but I realize that it's sounding like I don't like living here.  That's partly true and many times, I feel like a fish out of water; however, I truly do love Indiana.  Moving past the cultural differences and the fact that I'm far away from my family, I can't grab my surfboard and head to Huntington Beach when I feel like it or eat some Animal-style fries when the craving creeps up on me, Indiana has gifted me with a very happy and satisfying life.  I met my husband in Indiana.  I bought my first home in Indianapolis.  I received my undergrad and graduate degrees from Indiana University.  All of my legal work experience has been in Indiana and I have a great career at a law firm in downtown Indy.  Some of my closest and best friends are Indiana natives.  Traveling the U.S. and the world is very accessible and affordable from the Indianapolis airport (voted the best airport in North America - for real) or simply taking the 3-hour drive north to Chicago to get an even cheaper flight.  Oddly enough, I became a sushi lover trying my first sushi roll in the little ol' city of Carmel (pronounced kar-muhl and not kar-mel).  Indiana offers changing seasons; something I never experienced in California because it was summer 24/7 and now every year, I look forward to fall in Indiana.  I discovered my love of storms living in Indiana because there's just something fascinating and sexy about lightening, rain and thunder.  I don't feel completely restrained being in Indiana because living in the Midwest affords me the lifestyle I currently have and want.  I couldn't live the way I do in California unless my salary tripled and maybe not even then.

The last couple of years, I have experienced intense waves of homesickness and those stupid Instagram ads for Homesick candles don't help.  I haven't bought one.  Yet.  I have moments where I can't stand Indiana anymore, sporadically start to cry and actively begin researching places to live in SoCal on Zillow.  Then, I become quickly depressed by the ridiculous high cost of living, so I brainstorm other alternatives like  Arizona.  Last year, my husband and I flew to the Phoenix/Scottsdale area to check out homes because we came to the conclusion that Arizona was a nice alternative and it would only be a 5-hour drive to Los Angeles so I could see my family and friends more frequently, buy an annual pass to Disneyland again and he could golf whenever his heart desired.  This potential future for us remains up in the air.

Life rarely goes as planned, but it's all good.  I'll just continue to be the lone SoCal surfer girl in the Midwest until I catch the next flight out to California - and preferably not to LAX. 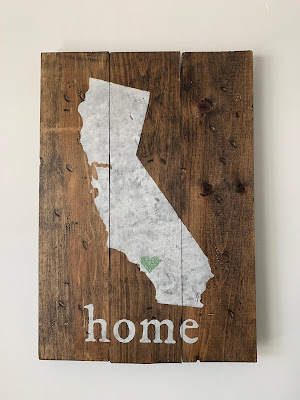 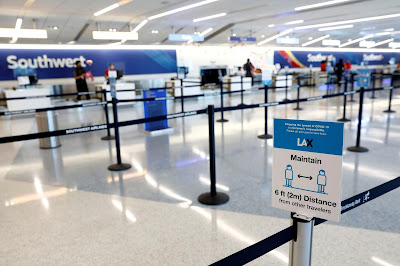 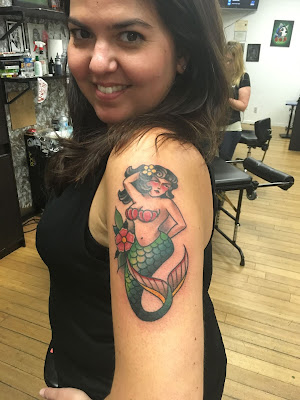